Boccia is a game of strategy and accuracy that was originally designed to be played by people with cerebral palsy. Now, the sport includes athletes with impairments that affect motor skills. The sport is played on a flat, smooth surface, where players must throw or roll coloured balls as close as possible to a white target ball, known as the “jack.” The player, pair or team with the most balls near the jack is the winner.

Bocce is an Italian game. The basic principle of the sport is to roll a bocce ball closest to the target ball, which is called a palina.

STRAPS Boccia
Similar to Bocce, Boccia is a Paralympic sport played on a flat, smooth surface. Each match consists of four ends. Player(s) get a chance to throw six balls of their color per end. The objective is for the team to get their six balls closer to the white jack and whichever consecutive color balls are the closest will be awarded points for that end. The winner of the match is that who scores the most consecutive within all four ends.

Athletes consist of those with severe and profound locomotor disabilities. 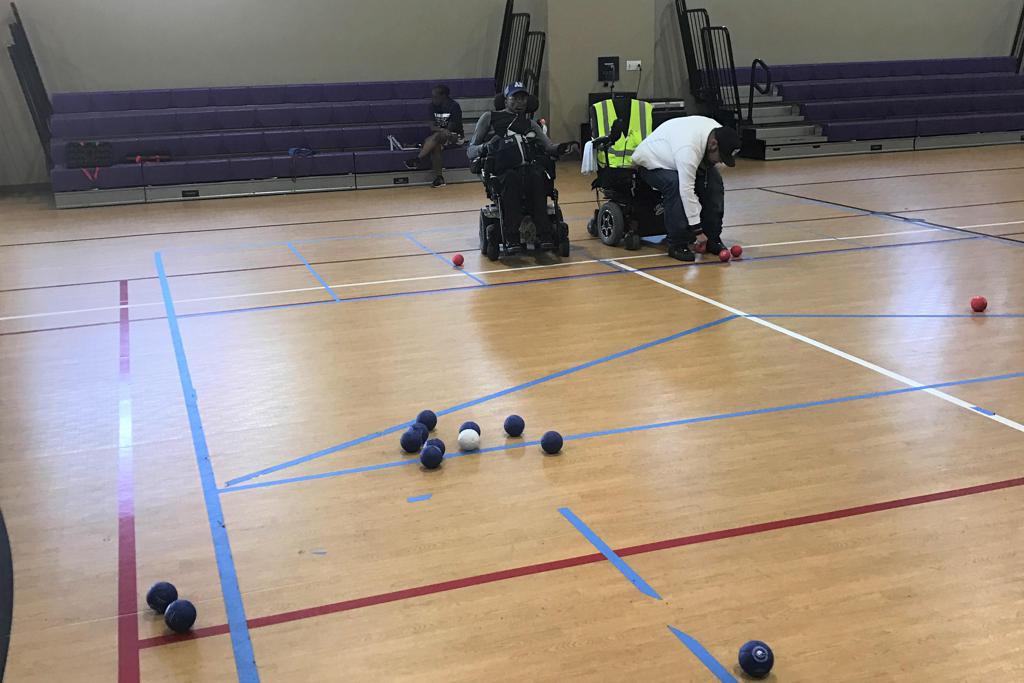